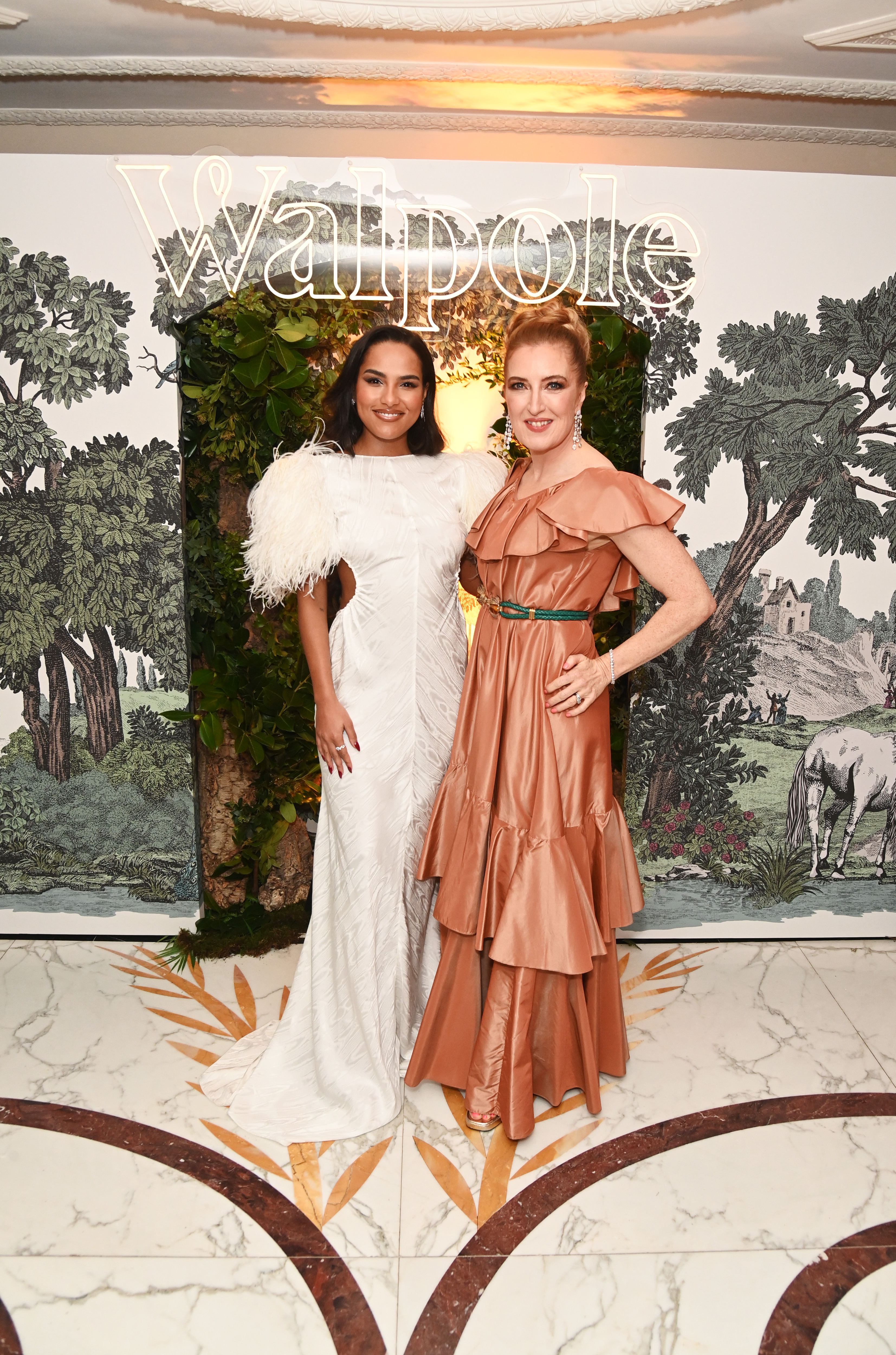 400 luxury industry creatives, executives and influencers gathered at the annual Walpole British Luxury Awards to celebrate Britain’s luxury brands and individuals who contribute unique and exquisite products to UK luxury, as well as those who define the exciting creativity, innovation and global cultural relevance of Great Britain.

Walpole’s Chief Executive, Helen Brocklebank said: “This year we received a record number of nominations from British brands at the forefront of innovation, craftmanship, hospitality, design and sustainability who positively contribute to the evolving economic and cultural impact of British luxury globally. Not only do this year’s winners stand out for their exceptional products and services, but they are notable for their investment in the UK, local economies, employment, arts, and culture which is exactly what this country needs from business right now. My congratulations to tonight’s winners and thanks to all our sponsors and partners without whom this evening wouldn’t have been possible.”

As the only event dedicated to celebrating the very best of Britain, the Walpole British Luxury Awards recognise the contribution luxury and high-end businesses make to the UK. The British luxury sector is worth over £48 billion, contributes to nearly 160,000 jobs to the UK economy, and Walpole is committed to promoting, protecting, and developing the industry’s unique qualities through its mentoring programmes, events, research and public affairs.

For its second year as a category, the ‘Great Creative Britons’ award was presented to three creatives whose talent has enriched the luxury landscape in the UK with James Bond producers Barbara Broccoli and Michael G Wilson scooping an award for their globally recognised and charitable activations in 2022 to celebrate Bond’s 60th anniversary and championing the essence of British luxury. Thomas Heatherwick was also awarded for his artistic lead in of The Tree of Trees installation in celebration of the Queen’s Platinum Jubilee, a significant moment in British history.

Mulberry took home the ‘Sustainable Luxury Brand of the Year’ award, voted for by an independent panel of judges all of whom are experts in their field. Mulberry was recognised for the progress it has made towards its Made to Last

Manifesto, showcasing its ongoing commitment to transform the business to a regenerative and circular model, encompassing the entire supply chain by 2030, and to become NetZero by 2035.

Walpole is committed to celebrating the brands that foster the arts in the United Kingdom and CHANEL was awarded the ‘Cultural Contribution’ award in recognition of its investment in the arts through the creation of the CHANEL Culture Fund. The CHANEL Culture Fund partners locally for global impact, promoting the singular approach of the House of CHANEL across the arts. Extending a century of philanthropic cultural commitment, its goals are to spotlight women artists, advance the new and the next and to activate history to define the future.

Fortnum & Mason and The Great British Public were awarded the ‘Creative Collaboration’ award for the Platinum Pudding created in celebration of the Platinum Jubilee of Queen Elizabeth II, a unique and unexpected partnership, demonstrating the connective power to reach new audiences through a collaborative approach.

The ‘Visionary’ award recognising and celebrating an individual who has shown exceptional creativity and vision throughout their career all while inspiring others, was awarded to Edward Sexton for his influence driving his iconoclastic approach creating a style that came to define a cultural moment – a look that immediately propelled Savile Row from preserve of the gentry and the city to the playground of rock stars and celebrities.

Luxury Storyteller was presented to British Pullman, A Belmond Train for the newly reimagined Cygnus carriage by Wes Anderson which brings the filmmaker’s signature aesthetic to one of the world’s most famous – and luxurious – trains. The campaign crafted a narrative that connects with wider pop culture, and consequently, expands Belmond British Pullman’s brand recognition beyond its traditional customer base.

This year, three brands established and still trading in Scotland were recognised for their excellence and contribution to the local communities within which they operate.

Gleneagles took home British Luxury Brand of the Year, which for the first time in the award’s history was decided by a voting academy comprised of 250 Walpole member CEOs. Following a six-year plan to reinvigorate the spirit of glamour and adventure that had first put the ‘Palace in the Glen’ on the map, Gleneagles has cemented its position as one of the finest UK luxury hotels through bold design, product innovation and embracing the latest technologies. However, its commitment to meeting guest expectations through storytelling and commitment to excellence through service, quality and craftmanship made it impossible to ignore this year.

The ‘Made in the UK’ award went to Harris Tweed Hebrides, whose commitment to and excellence in the development and preservation of textiles skills on the Isle of Lewis has also driven significant growth key export destinations including South Korea and the US. Innovative and exceptional, this company pushes the boundaries of tradition to create an internationally respected product while safeguarding one of our country’s most treasured products through investment in training and the local community.

The ‘Luxury Innovation’ award celebrated The Macallan for demonstrating clear modernisation in its collaboration with Bentley Motors on The Macallan Horizon, a limited-edition single malt whisky exemplifying the inventiveness synonymous with British Luxury.

Tonight, 12 exciting, young businesses that have completed Walpole’s 2022 Brands of Tomorrow mentoring programme for up-and-coming luxury brands were recognised for their completion of the scheme. They represent the very best in British entrepreneurship – maverick spirit, creativity and determination run through them all.

This year’s awards trophies were designed by paper artist Helen Musselwhite – the beautiful domes are her artistic interpretation of the Walpole Book of British Luxury 2022 cover, designed by Walpole’s visual partner Cole & Son who also created the backdrop for the awards ceremony. There are over 50 paper components in each of the awards, including over 130 roses and 52 tiny birds all painstakingly cut by hand in Musselwhite’s studio in Greater Manchester.

The night was capped off with an after-party hosted by Royal Salute which created a signature Mayfair & Salute cocktail and Beefeater Crown Jewel Gibson highballs were enjoyed. The main table gift, a leather passport holder, was provided by Ettinger with additional gifts by JING, Miller Harris and Ruuby. 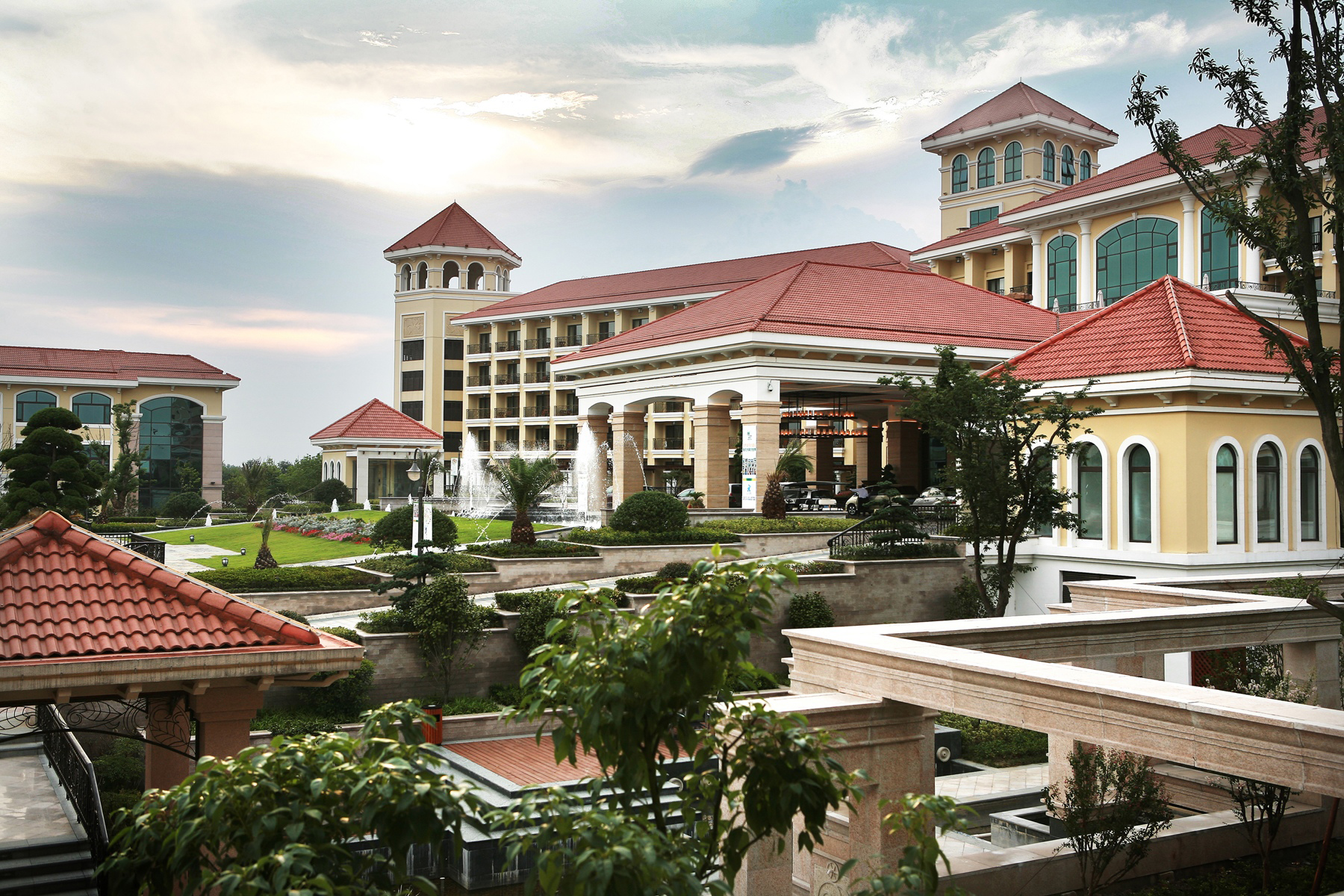 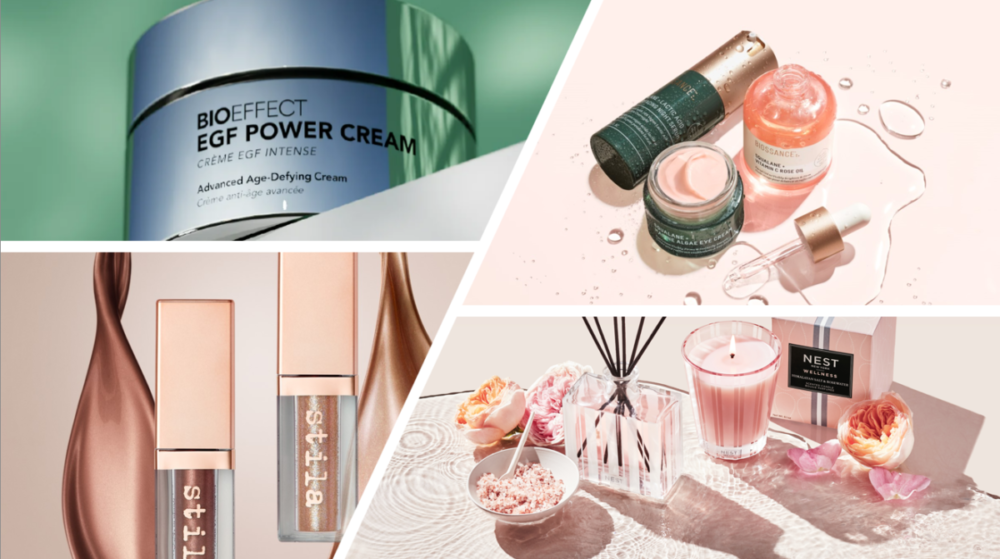 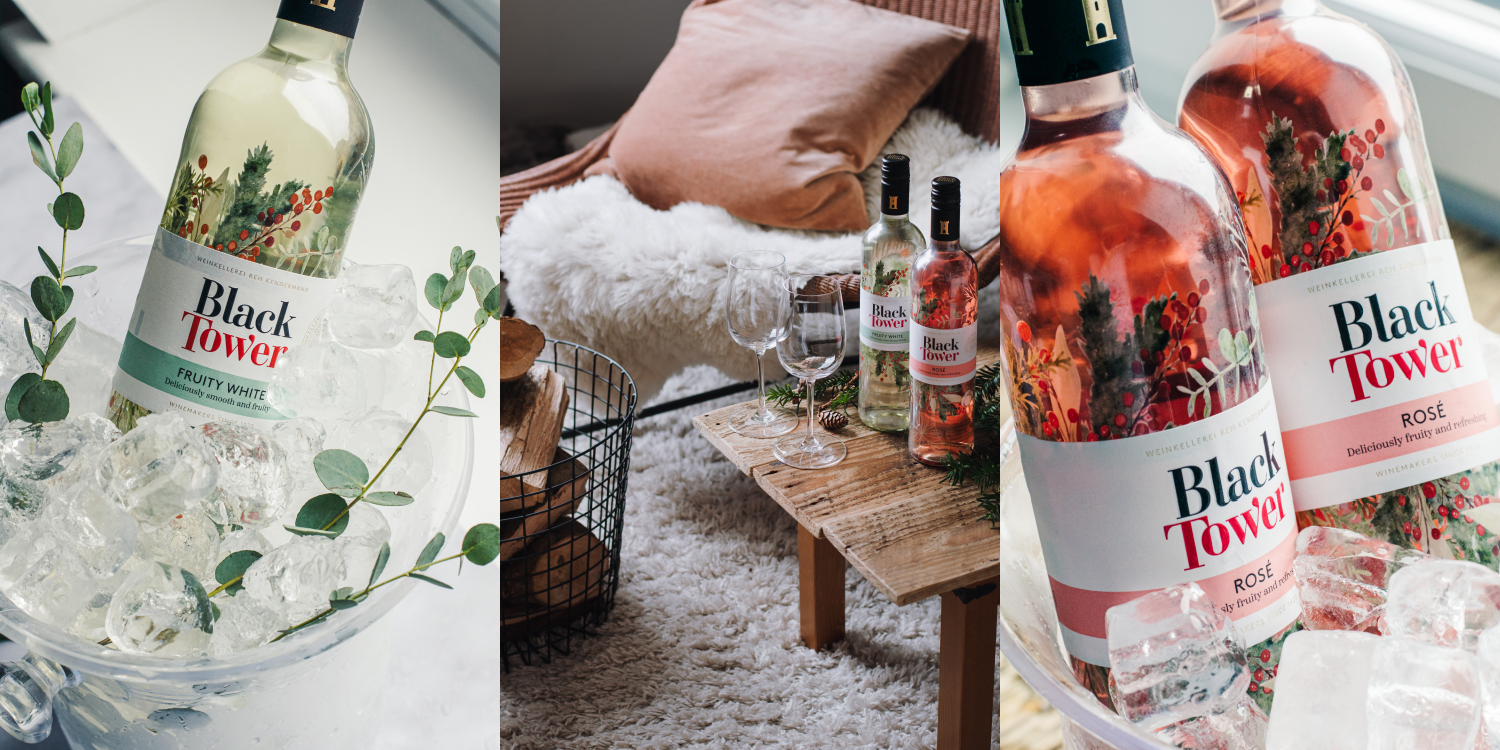 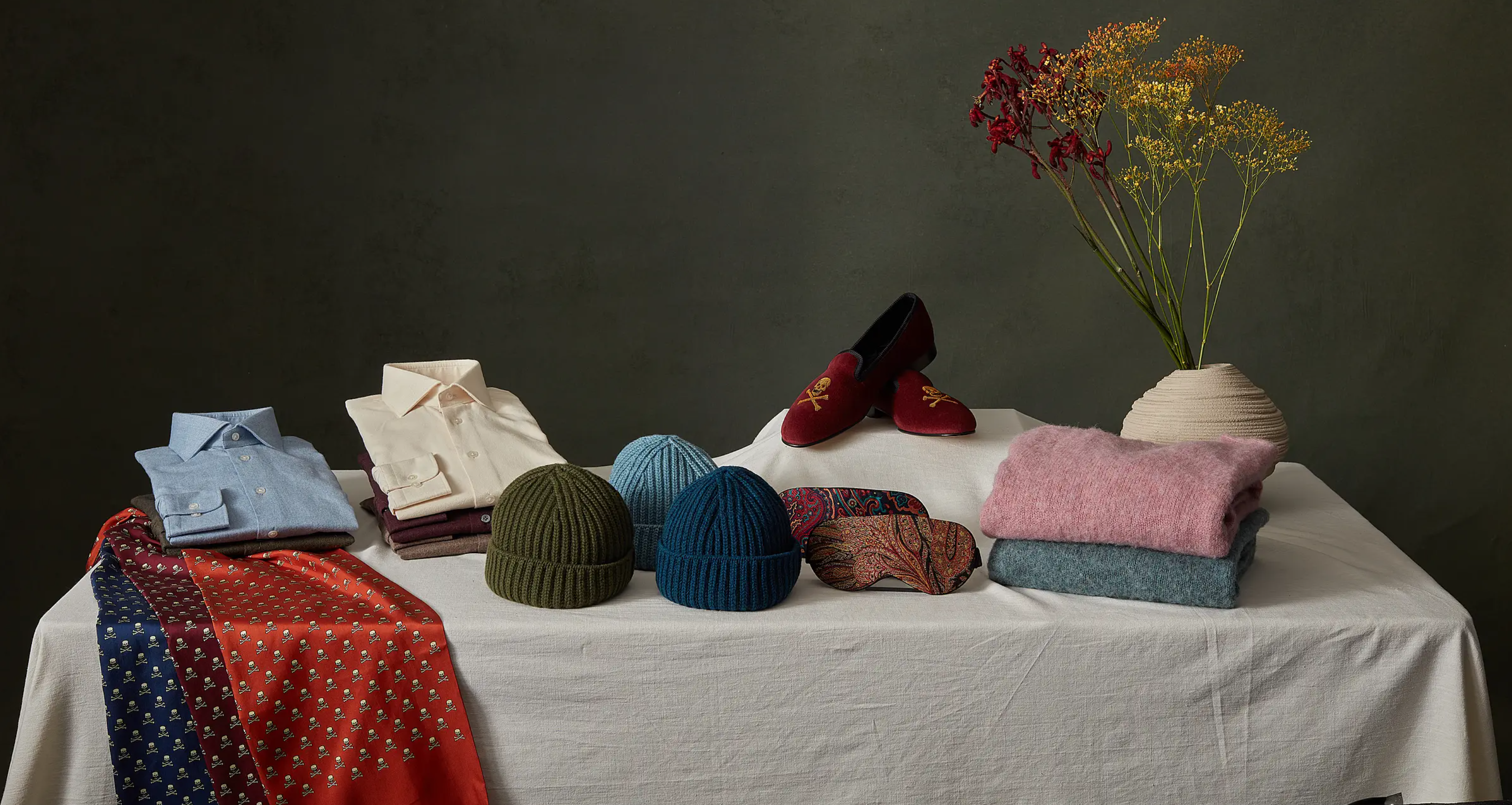